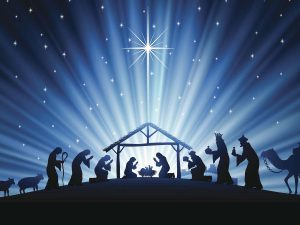 Many of us read online reviews to help us determine the quality of a product or business. However, not all reviews are honest. Many reviews are intentionally left to sway the customer into buying a product / doing business with a particular company. Other reviews are maliciously left to damage a product’s or business’ reputation. Either way, not good.

Here is a short list of things to watch out for if you are reading an online review of a product or business. Later, I may add to this list if I have the time.

Please note that nothing is fool-proof, and that you may end up believing a review is fake when it is not or vice versa.

I once saw a local business have someone leave a bad 1-star review, claiming they were overcharging in their estimate and that they were able to get their vehicle repaired at another shop for a lot less cash.

Well, I read the business owner’s reply. He explained in detail how the reviewer was misleading everyone, and how there was virtually no way they could have gotten their vehicle repaired for the amount the reviewer claimed. He also asked the reviewer to provide proof of their claims, since their review was basically slandering his business and himself as well.

The reviewer never replied with anything to prove what they said was true. I suspect the reviewer was intentionally lying, since their review was somewhat vague and they obviously did not want to provide proof. Why not, if you are telling the truth?

This logical fallacy is known as a “red herring”. This is when someone diverts attention from the subject at hand to a completely different subject altogether. This tactic is usually used when someone is being asked questions they do not want to answer, and they are hoping that the subject can be changed without you or someone else noticing.

For example, Brian is called by a sales company wanting to market him a website for his business (the sales person’s name is Lloyd). Brian is intrigued, but he has a few questions.

First, Brian asks Lloyd what companies has his business worked for in the past. Lloyd says “many”, then proceeds to tell Brian how quickly they can set him up with a website.

Secondly, Brian asks “What web platform do you use? Is there any proprietary lock-in where I have to pay a monthly web hosting fee, or can I self-host my website after it is completed?” Lloyd then proceeds to say “Do not worry. We will always make sure you have access to your website.” He then starts talking about how Brian could have a new website that all the search engines will place him in the top 10 results.

See what happened? Every time Brian asked a question, Lloyd diverted attention to some other subject. This is a sign you will not like the answers to your questions, and you should find another company to work with.

Summary: “Red herrings” are nothing more than someone’s attempt to change the subject of a conversation, usually due to uncomfortable questions being asked, or due to an unfavorable topic being discussed.